Steve, Mike, Larry, Tom and Paul were college friends who graduated 40 years ago. On they day they graduated, they made a pact to max out their IRAs every year, starting in 1982. (It was a Traditional IRA back then as the Roth wasn’t introduced until 1997).

They continued contributing every year for 40 years from 1982-2021. Every year they maxed out their IRAs as allowed by the IRS. Over the years the IRS has changed that contribution limit as follows:

Maxing out their IRAs for those 40 years, each of the friends contributes a grand total of $137,000 in cash.

Steve had heard that the stock market was risky, so he decided to never actually invest his money and instead left it in a money market account inside of his IRA. The other four were ahead of their time and knew the power of buying and holding index funds. They all decided to invest 100% of their contributions in a single S&P 500 index fund and never sell. But each had a different strategy about when to make the contribution and investment. Let’s see how they fared.

Steve hated the thought of losing his retirement money and heard the stock market was risky. So every every month for forty years he would contribute 1/12th of the maximum allowable IRA contribution to his IRA and leave it invested in a money market account. (Basically an interest paying cash account). His account earned interest, which was a bit of a wild ride over the years since the interest rates were over 17% (wow!) for many months in the early 80s, but under 1% from 2009 through 2021. With his slow and steady saving and consistent interest, Steve’s nest egg never went down in value and grew to $201,754 by the end of 2021.

Mike also contributed money once per month in equal amounts of 1/12th of the annual contribution limit. But instead of leaving it in a money market account, Mike always invested it in an S&P 500 index fund. He left it alone and never sold anything. His monthly strategy grew his investment to $1,585,186 at the end of 2021, beating Steady Saving Steve by 686%.

Larry didn’t like waiting or making monthly transactions. So on the first day the market was open each year, Larry maxed out his IRA and invested it in his S&P 500 index fund in a single lump sum. His lump sum strategy grew his IRA to $1,684,371 at the end of 2021, beating Monthly Mike by 6.3%.

Tom also dumped all his money in at once each year, but he had the worst timing possible. Instead of buying a little each month or buying all at the beginning of the year, Tom invested the moment of the absolute peak of the market each year. For example. in 1987, he dumped all his money at the peak, right before Black Monday only to watch the value of his IRA drop by more than a third over the following few months. But he never sold, and stuck to his terrible timing for 40 years. His strategy netted him $1,395,021 at the end, about 12% less than Monthly Mike made.

Paul also dumped all his money in at once. But Paul was omniscient. He was only person on the planet that pinpointed the exact instant of the market low 40 consecutive years. And at that instant he optimized the potential value of his IRA by dumping every penny of the annual max contribution and happily watched it go up for the remainder of the year. Paul’s impossibly perfect precision earned him the most of any of the five friends: $1,839,807. Even with his ability to see the market bottom before it happened, he still only beat Lump Sum Larry by 9.2%.

All four of our index fund buyers handily beat the savings account by well over 6x. They were wise to understand the power of buying and holding an index fund without worrying about the volatility of the market. Terrible Timing Tom and Perfectly Precise Paul showed that even the worst or best possible timing really doesn’t change things all that much. And the realistic strategies that Larry and Mike employed were pretty close, with Lump Sum Larry coming out slightly ahead.

So if you’ve got the cash, dump it all in on January 1st. If you like the idea of dollar cost averaging, set up auto-investments so it happens every month without having to look at it. But the important thing is to invest early and often, and buy and hold index funds! 🙂

For those curious, I calculated these results by downloading the historical S&P 500 prices and dividends, dumped it all into a big spreadsheet and calculated the output. You can see the exact spreadsheet I used to get these numbers. 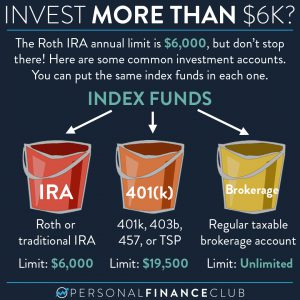 Where can I invest after maxing out my Roth IRA?

A lot of investors get started by opening up a Roth IRA, which is great! A Roth IRA is a type of account (think checking, 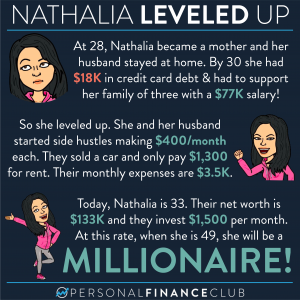 Nathalia is a real person. You can find her at @mom_money_boss . At a young age, she immigrated to the US with her family from 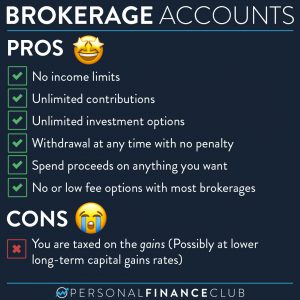 What are the pros and cons of taxable brokerage accounts?

We talk so much about Roth IRAs, 401ks, 403bs, HSAs, etc, I often get questions like “Where else can I invest once I max out 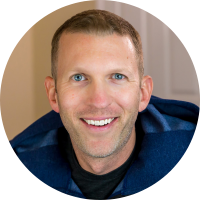 Hi, I’m Jeremy! I retired at 36 and currently have a net worth of over $4 million.

Personal Finance Club is here to give simple, unbiased information on how to win with money and become a multi-millionaire!