Is stock picking more dependent on skill or luck? 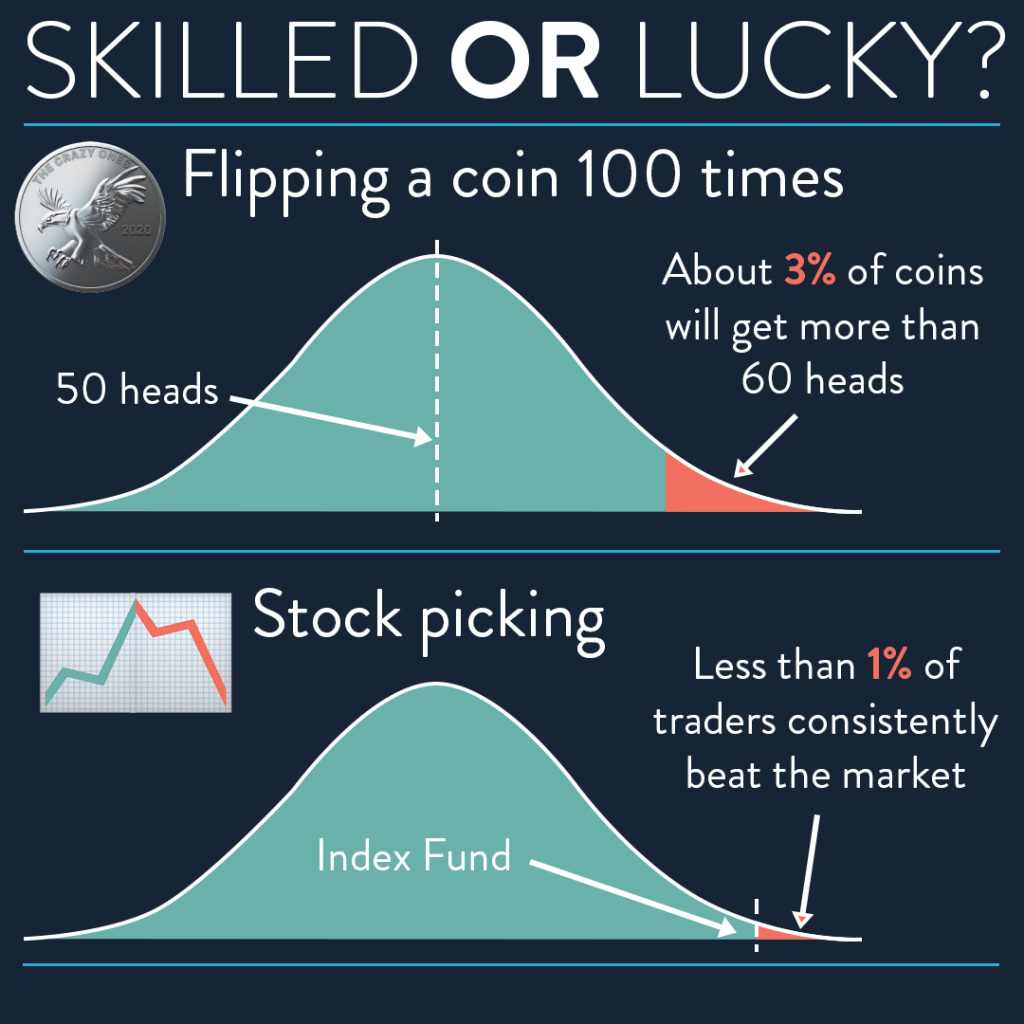 This is a post that has been rattling around my brain for a long time, so I hope it hits home for some of you!

We humans are an impressionable bunch. We’re susceptible to being influenced by a good story. I often hear a good story about an investor who got rich making some amazing stock picks. They got in early on Amazon. Bought Netflix at just the right time. Knew when to get in (and out) of ARKK. What a good story!

But that story has a few problems. First, no one likes to tell the stories involving the losses. So EVEN IF all those wins are true, maybe this investor also made a whole bunch of losing trades they’re not mentioning, leaving their total return at or below the market return.

But worse than that, there’s the cold hard math behind the situation that’s not so easily swayed by a good story. Let’s imagine a stadium full of people where each person pulls out a coin and flips it 100 times. We EXPECT a few people will get almost all heads. But are they exceptionally skilled coin flippers, or are they just the random few who got mostly heads due to dumb luck?

Now imagine a market full of investors strategically picking stocks. A few have outrageous success hitting it big. Are they exceptionally skilled traders, or just the random few who made a killing due to pure dumb luck. Should you try to emulate the behavior they used, or recognize that was more likely luck that skill.

Strangely, picking stocks is even worse than flipping a coin with regards to beating the average. We’d expect about half to beat the market, but when you include trading fees, bid/ask spreads, market makers, algorithmic traders, insider trading, and other factors stacked against the individual, one study showed that less than 1% of traders consistently beat the market.

As always, reminding you to build wealth by following the two PFC rules: 1.) Live below your means and 2.) Invest early and often.