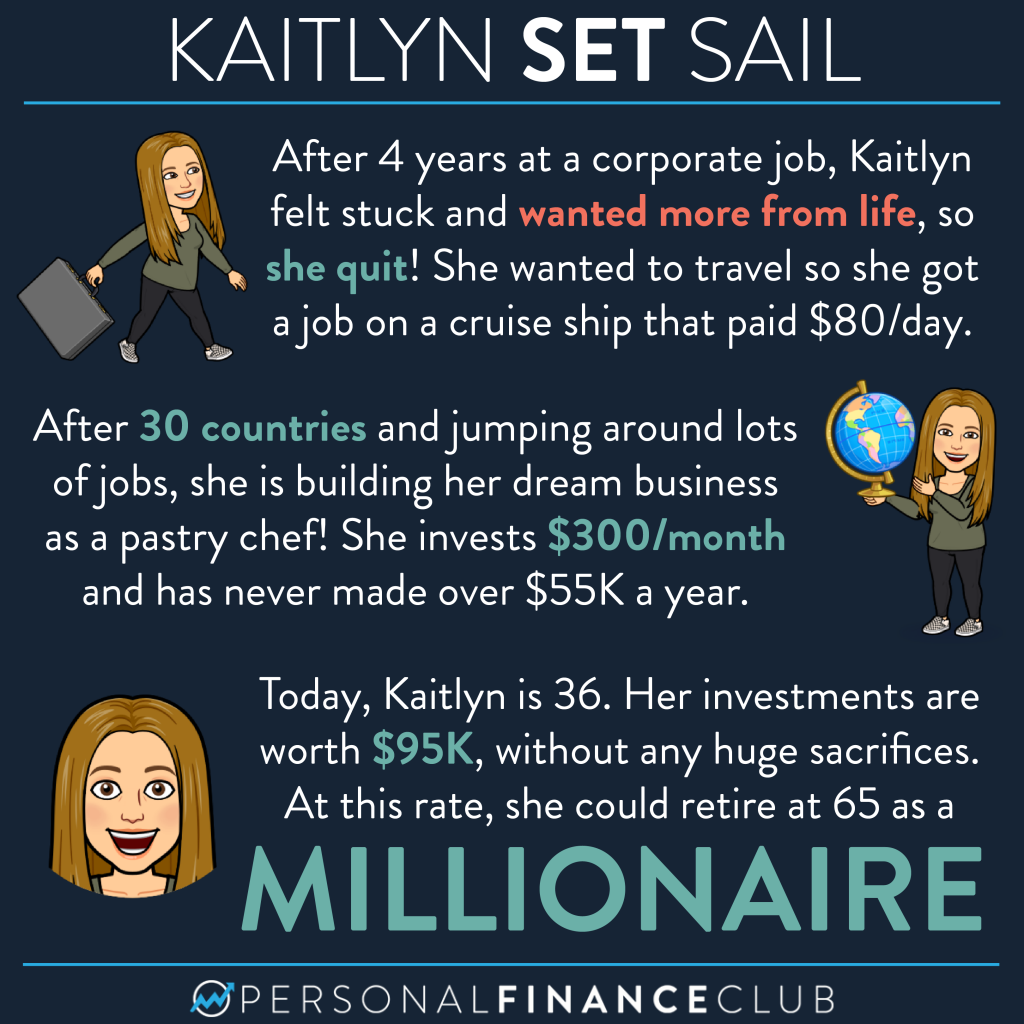 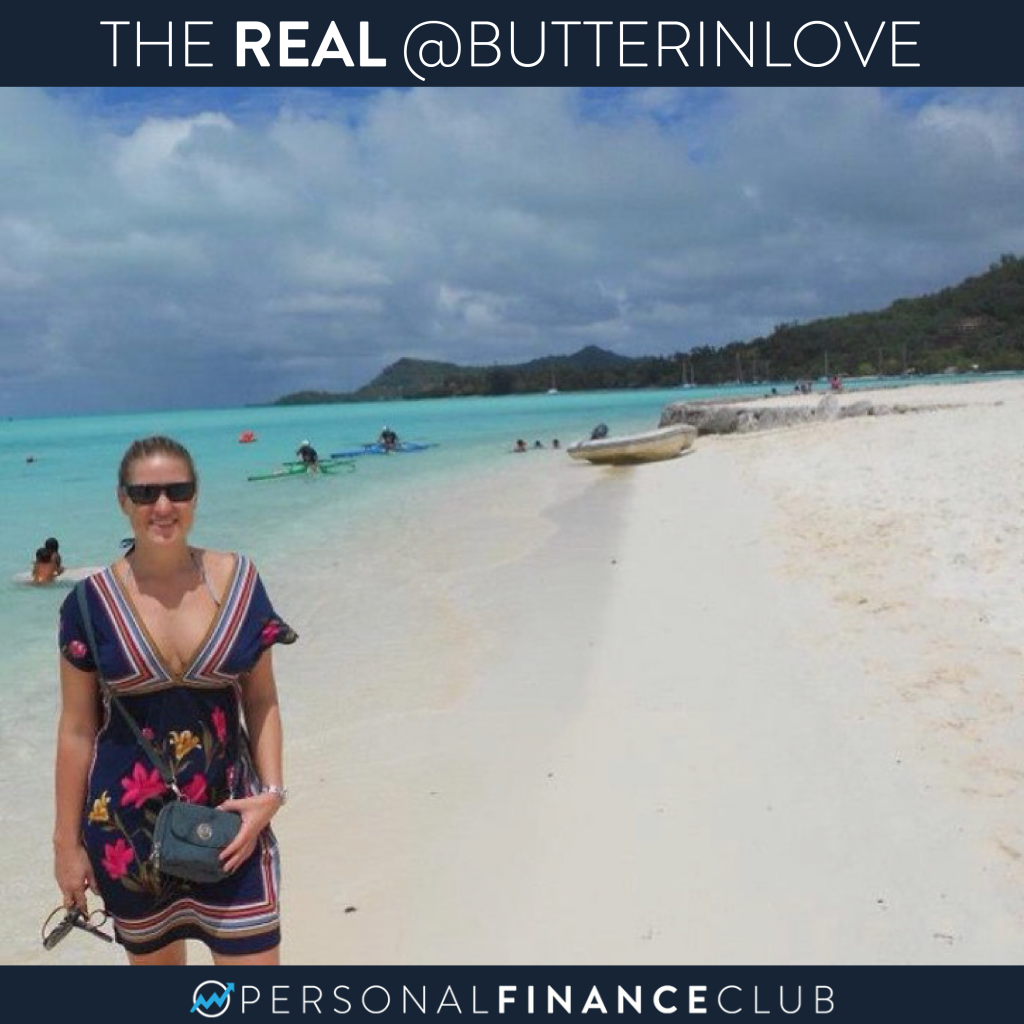 After college, she got a corporate job that paid $45K. She had $17K in student loans and bought a new car!

After learning how much money was going toward interest, she wanted to pay off her debt ASAP. Eventually she increased her income to $55K and became debt free in 4 years.

But then she wanted more from life and wanted to travel. So she quit to go work on a cruise ship and generally never use her degree again!

For 2 years she worked on the cruise ship and traveled to South America, Tahiti, Mexico, Canada, the Caribbean, and more. She had a stipend of $80/day, including room and board.

After that, she bounced around a lot of jobs including a teacher’s assistant, catering sales, and a pastry chef. They did not offer 401k plans and Kaitlyn invested nothing for 5 years. She has gradually increased her contributions to $300/month plus her tax refunds.

Kaitlyn lives frugally. She didn’t get a smart phone until 2013. She never paid more than $700 on rent (by the beach!) thanks to roommates. When she got married she even paid off her husband’s $10K credit card debt. She now has 2 kids and only shops for them at the thrift store.

Today, Kaitlyn is 36. Her investments are worth $95K, in a target date index fund. She never made over $55K/year, has been to 30 countries, and is now building her dream business as a pastry chef. She never felt like she had to make any big sacrifices in life.

If she were to continue investing $300/month, she will be a millionaire at 65! Even after accounting for inflation. She plans to increase it to $800 soon, which will put her at $1.7 million!

We have lots of examples of people with 6 figure salaries, great employer-sponsored retirement plans, and a 6 figure investment portfolio before 30. Kaitlyn is a great reminder that you don’t need any of those in order to become a millionaire.

She says, “You can be all over the place like me and still get it done!”

As always, reminding you to build wealth by following the two PFC rules: 1.) Live below your means and 2.) Invest early and often.‎